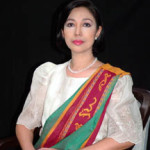 Elizabeth L. Enriquez (Ph.D., University of the Philippines Diliman) is a Professor at the College of Mass Communication, University of the Philippines Diliman, where she teaches media history, media theory, political economy of broadcasting, media literacy, and media, gender and sexuality. She is author of the book Appropriation of Colonial Broadcasting: A History of Early Radio in the Philippines, 1922-1946 (UP Press 2008) and the monograph with video documentary Radyo: An Essay on Philippine Radio (CCP 2003), both pioneering and still the only extensive works on Philippine broadcast history, apart from the CCP Encyclopedia of Philippine Art, 2nd Ed. (2017), in which she served as writer and one of the two principal editors of the Broadcast Volume.

She was a Fulbright Scholar twice, in 2001-2002 to conduct dissertation research at the US Library of Congress and the US National Archives, and in 2011-2012 as Senior Scholar at the University of Maryland.

Before teaching at the University of the Philippines, she worked in radio and television for 17 years, mostly as a broadcast journalist. In 2015, she returned to the air by hosting programs on UP’s official radio station DZUP. She also hosts shows and delivers video lectures on TVUP. corresponding author: elenriquez@up.edu.ph) 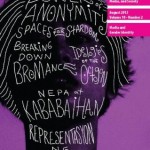 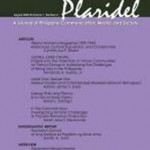