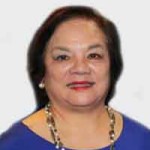 GEORGINA R. ENCANTO is a former Dean and Professor of Journalism. She was an AB English and Comparative Literature (magma cum laude) graduate of the University of the Philippines (1967) and obtained her MA in English and American Literature as a Wien International Scholar and Fulbright Travel Grantee (1970) and her PhD in Philippine Studies (1996). She taught History of the Press, Feature Writing, Introduction to Journalism, Media and Gender Sensitivity, Ideology in Women’s Magazines, Community Press and Folk Media in the CMC. She is the co-author of Patterns of the Philippine Dress: From the Traje de Mestiza to the Terno ( 1992) and Constructing the Filipino Woman: A History of Women’s Magazines from 1891 to 2004  and has contributed numerous articles to Plaridel, Philippine Review of Journalism (PJR) and Media Times. She was appointed Regent of the University of the Philippines in 2015. 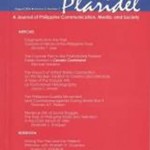 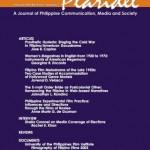