MAURO FERIA TUMBOCON JR cultural worker and writer/journalist, has written extensively on Filipino cinema and popular culture for more than two decades, both in the United States and in the Philippines. A former member of the Manunuri ng Pelikulang Pilipino, 1986-1989, he co-founded the interdisciplinary critics groups, the Young Critics Circle, 1990 and Kritika, 1992 in Manila and is currently, a member of the Asian Writers Institute, a California-based organization of writers and journalists.

Mr. Tumbocon organized the first Filipino American film festival in San Francisco in 1993, the largest ever shown in the United States. He is founder and current director of FACINE or Filipino Arts & Cinema, International (formerly known as Filipino American cineArts), a nonprofit media arts group that aims to promote and develop transnational Filipino cinemas. FACINE has continuously held the annual filipino international cine festival for the past 25 years. (corresponding author: mtumbocon@gmail.com). 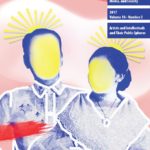