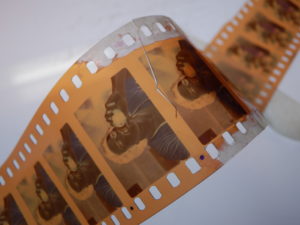 Despite the long established presence of cinema in Southeast Asia, initiatives to institutionalize film archiving in the region began only in the 1970s and most of the major activities in realizing the creation of viable archives gathered momentum only quite recently. Nevertheless, the film archiving movement in Southeast Asia has seen significant developments in the past decade, and the fraught relationship between cinema, academia, the state, and the general public continue to impact and influence institutions such as the Asian Film Archive in Singapore, the National Film Archives of the Philippines, Sinematek Indonesia, and Thai Film Archive. From the surge of film restorations to the restructuring of archiving institutions and initiatives, “the archive” has been reconceived both philosophically and pragmatically in light of the rise of digital technology that also redefined film production, distribution, and consumption across the region. We have seen germinal works restored, redistributed, and restudied, including Usmar Ismail’s After the Curfew (1954), Lino Brocka’s Manila in the Claws of Light (1975), and Thavi Na Bangchang’s Santi-Vina (1954), among others. In spite of these notable developments, critical literature regarding archiving in the region remains scarce. This is complicated by the fact that the histories, politics, and practices of film archiving differ across nation-states, as their emergence did not happen in similar but rather in distinct contexts and through diverse mechanisms. This special issue of Plaridel aims to continue the discussions began at the 7th Association for Southeast Asian Cinemas Conference (ASEACC) in 2012 on the politics, practices, and poetics of the archive in the region. That is, it seeks to situate the archive in the midst of media culture and scholarship and to conceptualize it not merely as a passive end point and static resource but rather as a negotiated space of beginnings and contested power. As Rick Prelinger puts it, the objective is to see “archives not as a terra nullius, but as a laboratory for working out some of the changing conditions affecting media and society.” How do we then define the archive and its relation to cinema? Where can we find the intersection between film production, criticism, scholarship, and archiving? How do we account for the developments and changes in the film archiving movement? What have been the impact of the reconceived archive in historiography, memory, and culture? How does the archive negotiate issues of power, identity, and ethics? What is the role of the archive in the digital age of cinema? With these questions in mind, we invite papers on a wide range of topics pertaining to the myriad intersections of cinema and the archive in Southeast Asia, critically seen through various disciplines. Themes for exploration might include, but do not have to be limited to: Academic papers, interviews, and film/book/conference reviews that explore the aforementioned themes are welcome. Submission details are contained in the Information for Authors. Submissions are to be e-mailed to both the Issue Editor and Managing Editor in MS Word format without any identifying information such as author(s) name and institutional affiliations. Authors should also submit a separate title page with the manuscript title, author name(s), institutional affiliation and contact information for the corresponding author. Issue Editors are Prof. Benedict Salazar Olgado and Prof. Adam Knee Deadline: Nov. 18, 2016   For submissions and further inquiries  email:   Prof. Patrick F. Campos, Plaridel Journal Managing Editor (plarideljournal@gmail.com) Submissions may also be online via http://www.plarideljournal.org/online-submission/ ***photo Courtesy of L’Immagine Ritrovata Laboratory, Bologna — film negative of Insiang (Brocka, 1976)