TEDDY CO has been a curator and archivist for more than thirty years, organizing various film programs and retrospectives. He was instrumental in the recovery and repatriation of the “lost films” of Gerardo de Leon, Manuel Conde, and Nonoy Marcelo, among others. He is a constant member of the selection committees of Cinema One Originals, Quezon City International Film Festival, and Cinemalaya short films section. He co-founded and continues to curate Cinema Rehiyon, the biggest gathering of filmmakers from all around the Philippines. He is currently the Commissioner of the Arts of the National Commission for Culture and the Arts (NCCA) and the Chair of NCCA’s Cinema Committee. 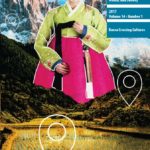