After studying literature and film, Eric Galmard worked in several Asian countries (the Philippines, Cambodia and Japan) and in the Pacific region (Fiji Islands), both in university and in the French cultural network.

Since 2009 he has taught films in the Faculty of Arts at Strasbourg University, notably lecturing in documentary cinema and Asian cinemas. He has also made recently a documentary feature-length film, A Tomb for Khun Srun. 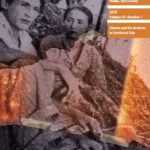 The Interpellator, The Body-archive, and The Spectral Observer: Uses of the Archives in Rithy Panh’s S21 Trilogy
Type of Article: Main Article Author: Galmard, Eric Issue: Volume 15 Issue 01
Theme: Cinema and the Archives in Southeast Asia