Kristoffer Brugada is a special lecturer at the Communication Department of Far Eastern University – Manila. An independent producer, writer and video editor, Kristoffer has over a decade of experience in Philippine local media and has led several TV documentary productions that have won awards from local and international award-giving bodies. His Palanca-winning screenplay about the struggles of teachers and students face in conflict-ridden Mindanao entitled Patikul was a finalist in the Director’s Showcase program of the 2011 Cinemalaya Independent Film Festival.

A Film graduate of the University of the Philippines-Diliman, Kristoffer is now pursuing a master’s degree in Filipino – Malikhaing Pagsulat in the same university. He also volunteers as a producer/writer/editor for non-government organizations that help in education development and peace promotion in Mindanao. 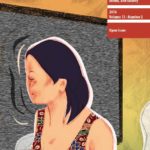